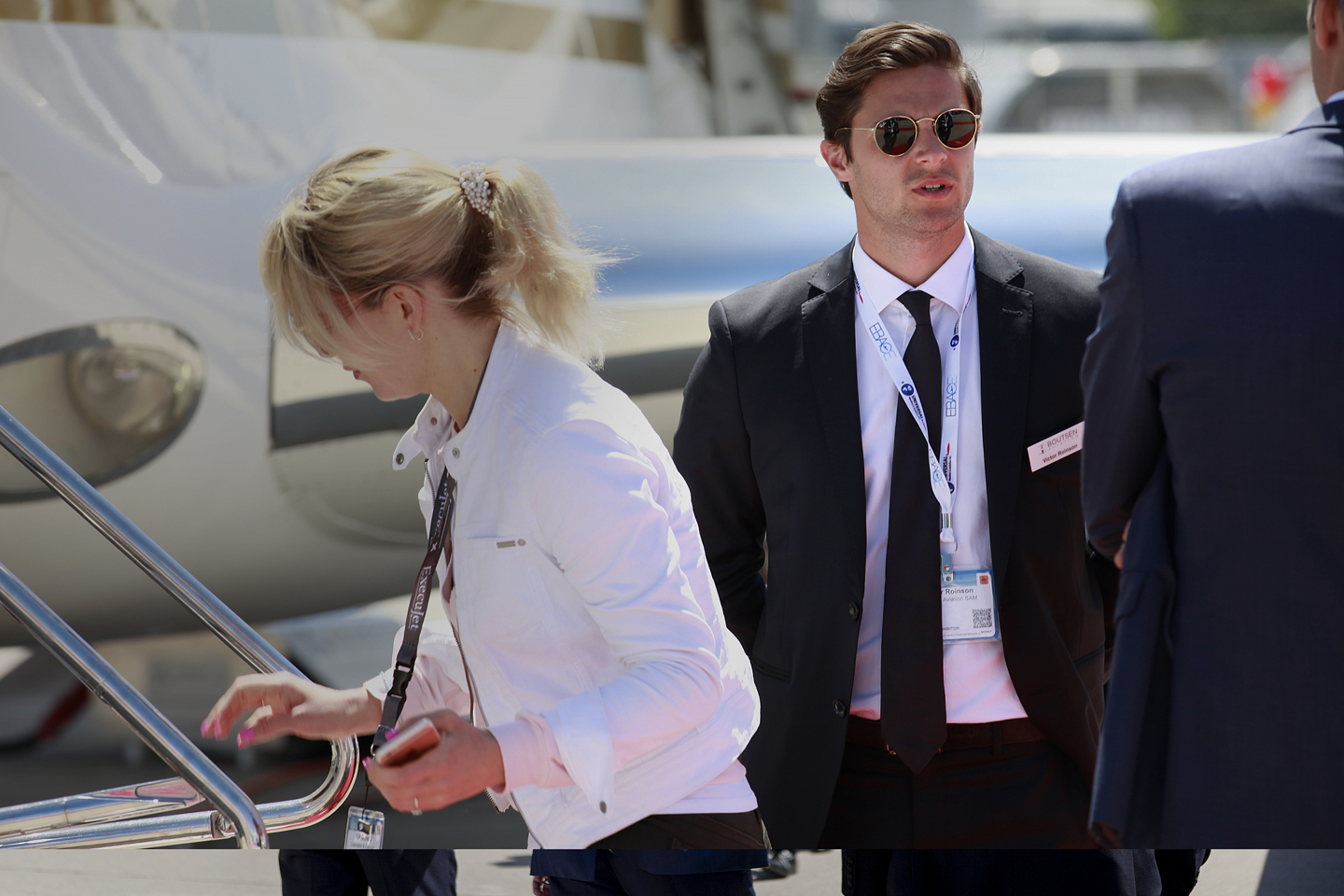 Boutsen Aviation is the story of a man and his dream. Thierry Boutsen made his first career as a major player in Formula One, a profession that revolved around precision, excellence, details, and most importantly, a winning team. As he transitioned into his second career in business aviation, it comes as no surprise that he would carry over these values and instill them onto his company. 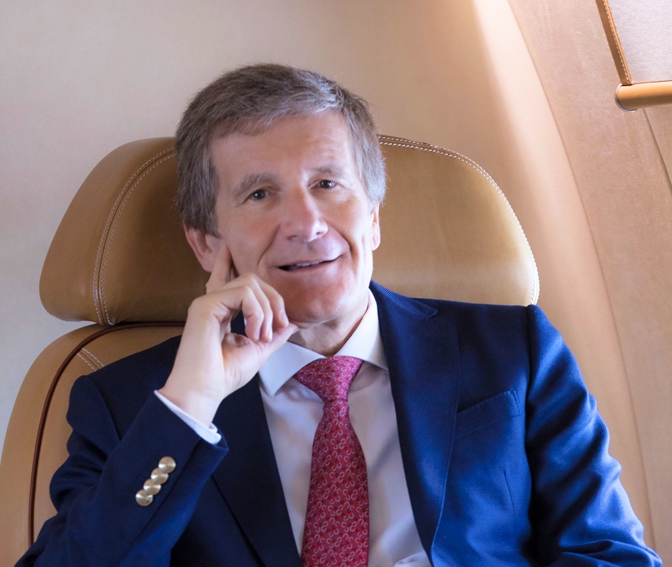 When Thierry Boutsen and his wife Daniela created Boutsen Aviation in 1997 with a vision to position themselves in the pre-owned business jet sales market, the couple could hardly have imagined that within a few years they would be major players in the highly-competitive industry. Thierry's initial interest in the aviation market sparked during his career in Formula One: He bought his first small plane in 1987, and consequently sold and upgraded it several times throughout his driving career. What began as a casual hobby soon gained the respect and admiration of his fellow F1 drivers, after which he began to advise and assist in the aircraft purchases of his colleagues. The seed of an idea was born as Thierry realized his passion for business and aviation could potentially blossom into an entirely new career. Now, nearly 20 years after creating Boutsen Aviation, the team has sold an astounding 391 aircraft to date, making them one of the leading European companies in the industry.

Meanwhile, in 2011, Daniela Boutsen launched Boutsen Design, after much success designing the interiors of aircraft sold by Boutsen Aviation. Her passion for "Art de La Table" was long standing, and with the creation of the new company, she now dedicates her artistic and design-focused attention to developing the final touches for not only corporate aircraft, but for luxury residences and yachts. Today the management of Boutsen Aviation is made up of Founder and Chairman Thierry Boutsen and President Dominique Trinquet. Together, with co-founder Daniela Boutsen, are shareholders and board members of the Monaco-based company. 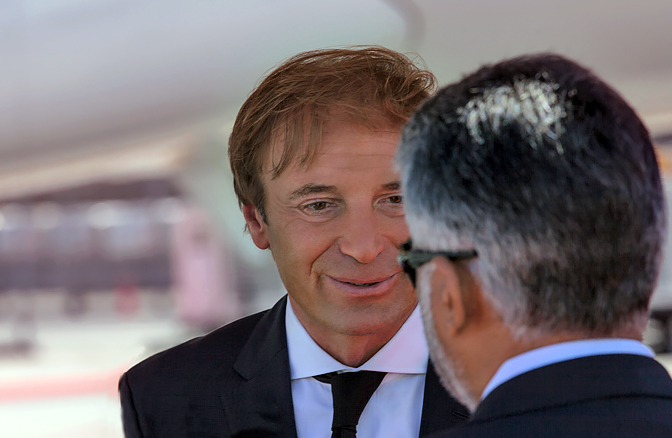 Dominique's career began with a passion for aviation, leading him to begin airline pilot training in 1990. Over the next two years, he gained invaluable flight experience while based at Paris Toussus-Le-Noble. In 1992, he moved to the French West Indies where he served as an airline pilot. Upon his return to Paris at the end of 1993, he joined the aviation community and flew as a captain on various jet aircraft. One year later, he decided to build experience by working as sales manager of an aircraft brokerage company in Le Bourget, France.

Dominique joined the growing team of Boutsen Aviation in 2000 as a shareholder and Sales Manager, and since 2015 he has been the President of the company. 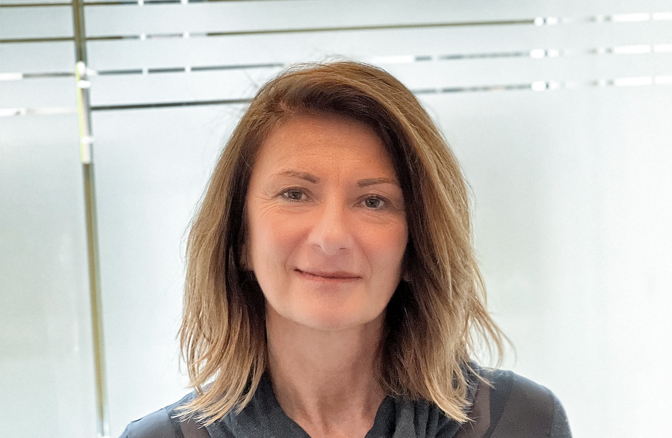 After more than ten years in Ireland working for some of the world's largest high-tech companies, Farida joined the Boutsen Aviation team in Monaco in early 2020.

Enthusiastic, competent, she puts her experience in Management, Customer Service and Human Resources at the service of the whole team.

Graduated in Business Management, she provides the company with the necessary administrative support for the perfect handling of our daily operations. Farida plays a key role in the management of our business and the smooth running of the trading operations. 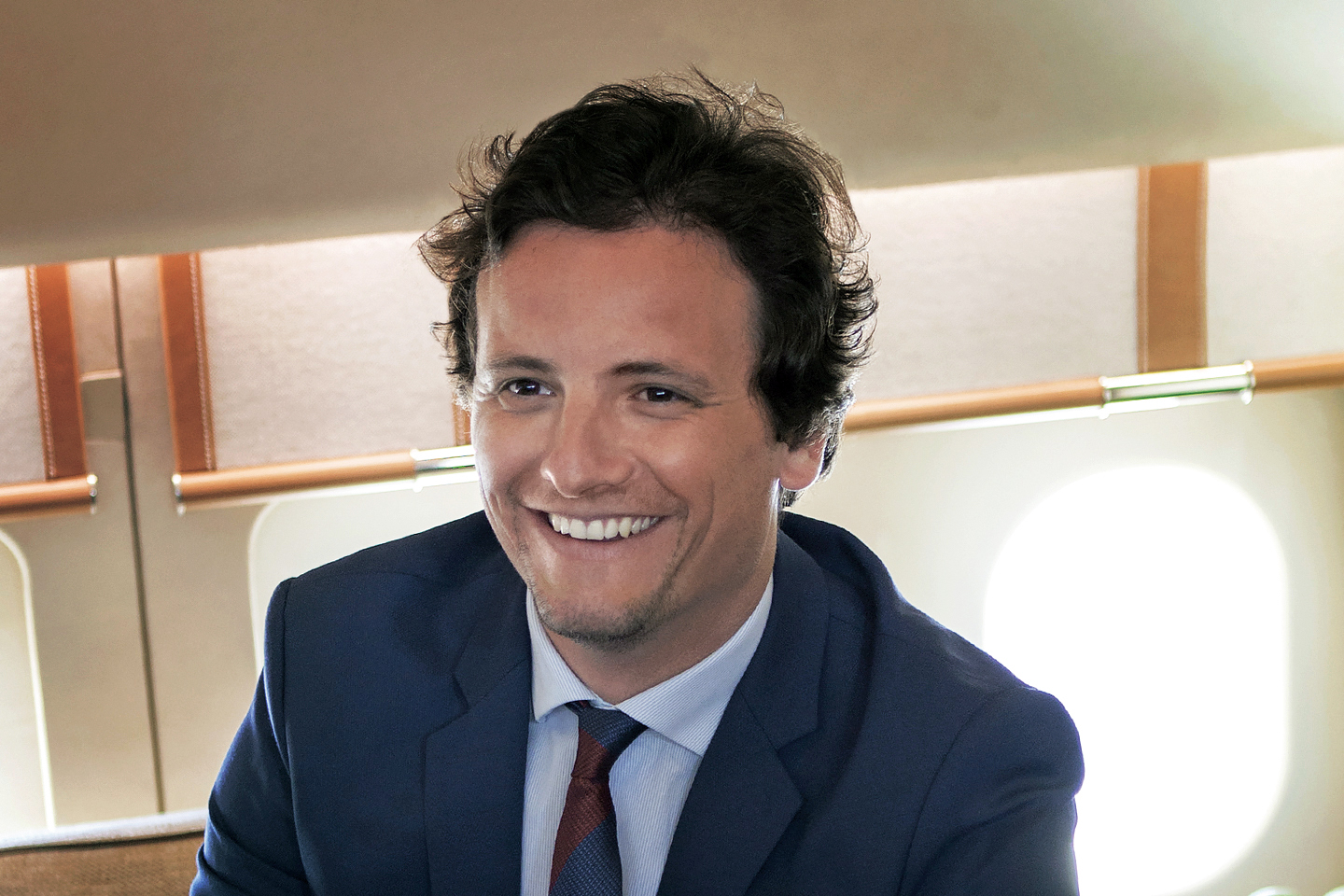 Timothee joined Boutsen Aviation from Dassault Falcon Jet, where he was responsible for all new Falcon product sales in Northern, then Eastern China. He successfully participated in the soaring development of Dassault Falcon in this region where, in 2010 there were only three Falcons in operation, to more than 30 aircraft at the start of 2014.
Fluent in English, French and Chinese, matched with impeccable business development and sales skills gained throughout his professional career mostly spent within the Chinese aerospace industry since 2005, Timothee also holds a private pilot certificate. 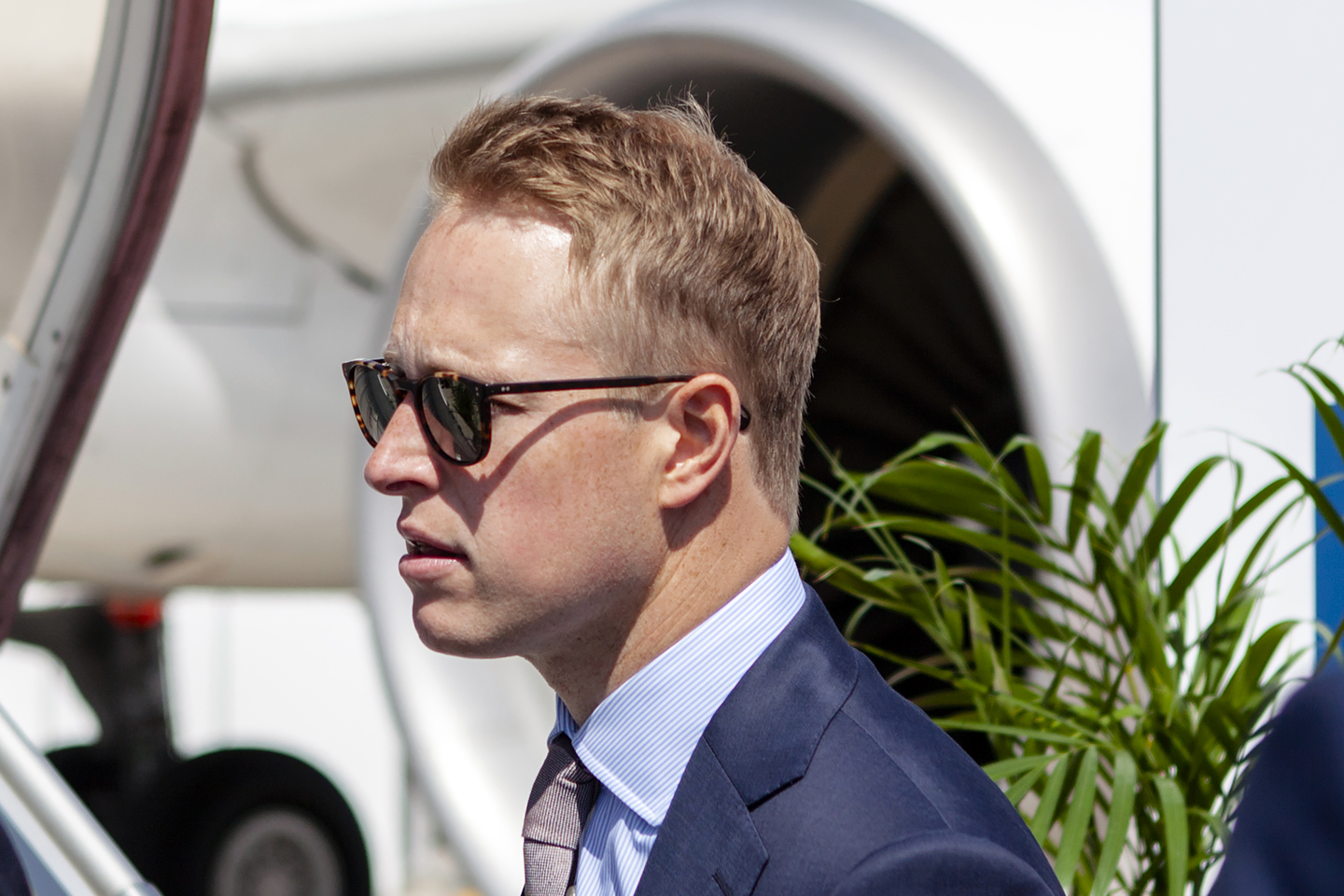 James is a qualified rotary pilot with extensive experience and knowledge of the aviation industry, having specialised in the acquisition, ownership, importation and operation of business aircraft in Northern Europe. He has worked with a wide range of aircraft types, from single engine helicopters to large cabin heavy jets.
After his education, James trained to become a commercial helicopter pilot. Most recently, his experience as director of Oceanskies Aero Limited, an independent aviation consultancy, prepared him to join the team at Boutsen Aviation in May, 2019. 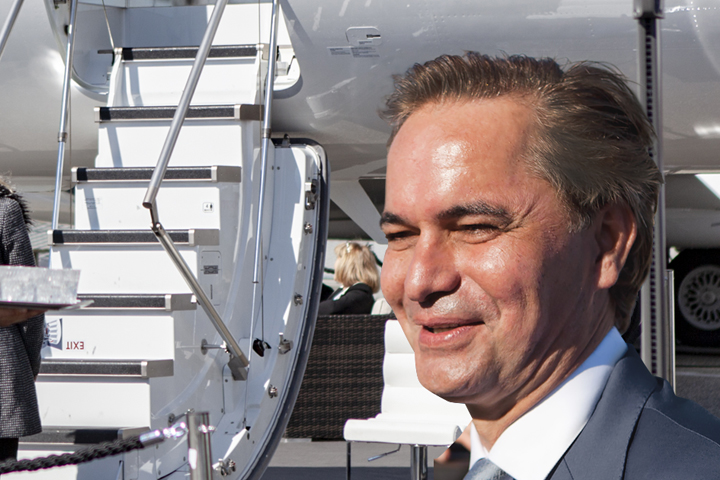 Based in Zurich, Jean-Louis joined Boutsen Aviation in 2020 to expand the company’s presence in Switzerland & Eastern Europe. With an extensive background of over 15 years in business aviation, he held a variety of executive roles including Director of Operations at Dassault Falcon Services, Director of Aircraft Management with Execujet, Chairman of the ACJ Advisory Board and Director of a large Monaco-based family office. Engineer from the ENAC (French Civil Aviation Academy), he holds an MBA degree in General Management from the INSEAD Business School and is fluent in English, French, Russian and German. 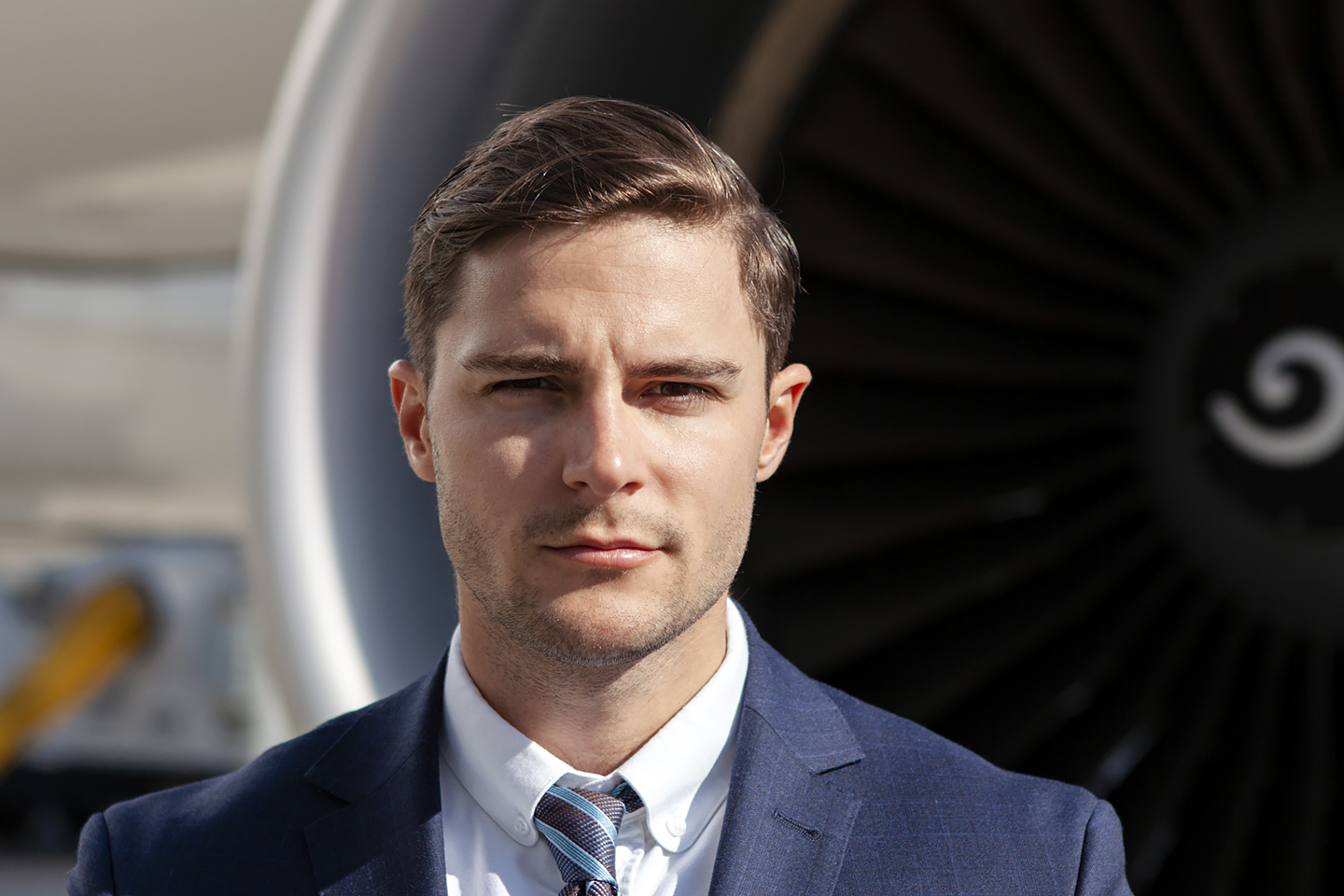 Freshly graduated with a Bachelor's degree in Aeronautical Science and Management from Skema Business School, Sophia-Antipolis, Victor joined Boutsen Aviation in 2015. During his studies, he spent a one-year exchange at Florida Tech in the United States.
Since an early age, Victor held a great passion for aviation, and he went on to pursue a private pilot license at ENAC, France. He is now thrilled to be a part of the team at Boutsen Aviation with the goal to learn and master the intricacies of aircraft brokerage. 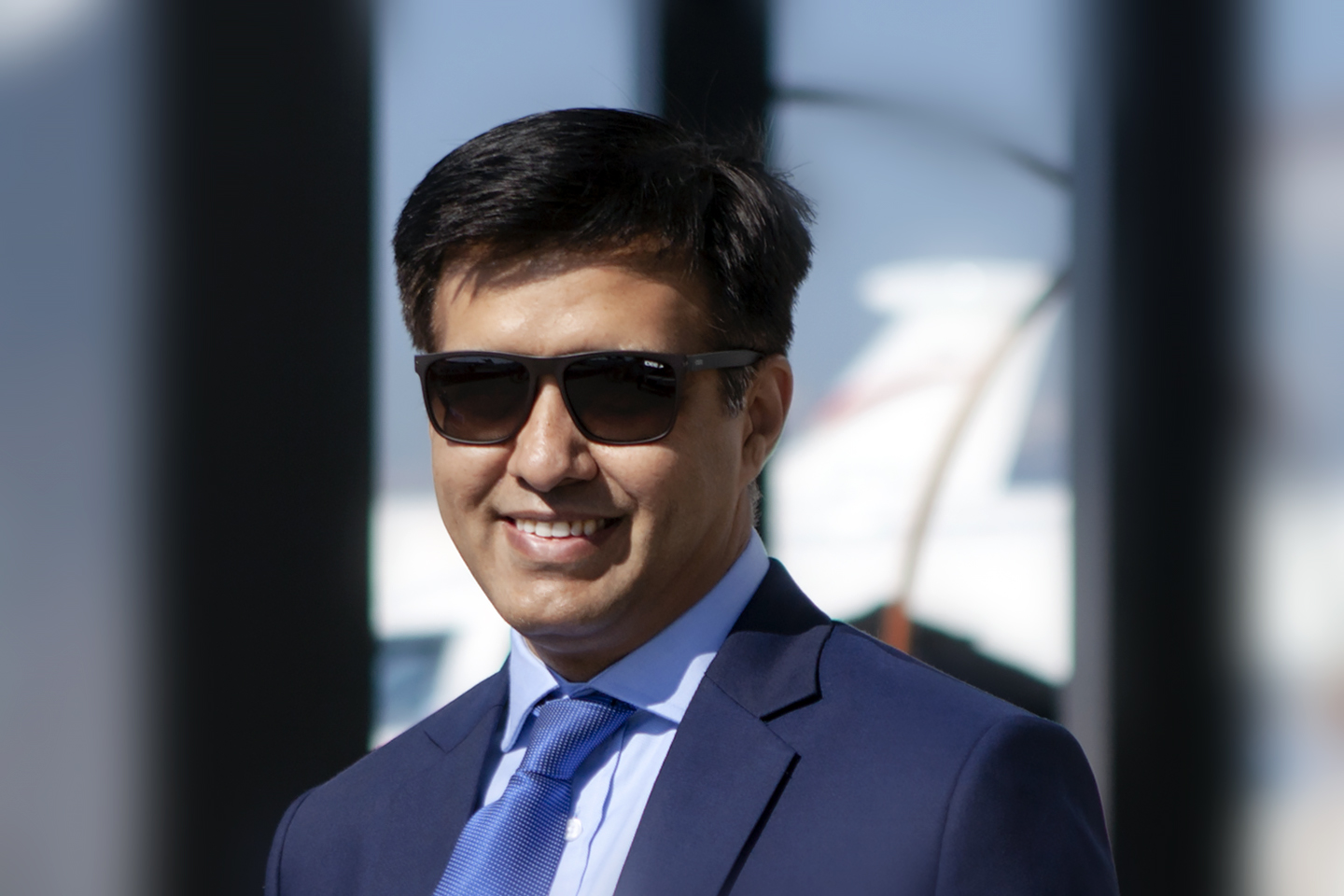 Based in New Delhi, Atiesh Mishra joined Boutsen Aviation in 2018 with the dedicated position of developing the company's presence in the Southeast Asian region, including India, Indonesia, Vietnam and Malaysia.
Atiesh holds a Commercial Private License, which further allows him to provide his clients with the most proficient industry knowledge. 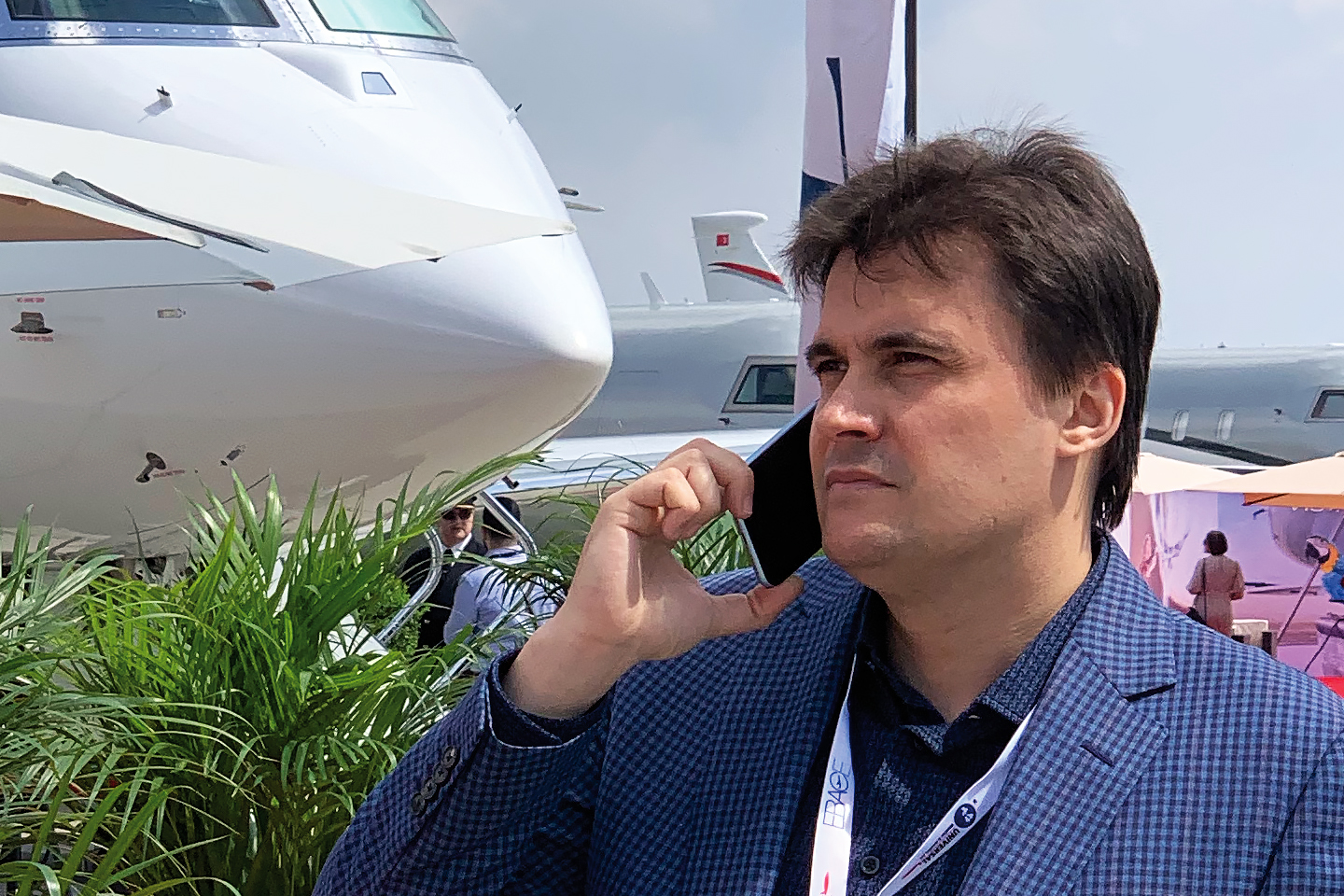 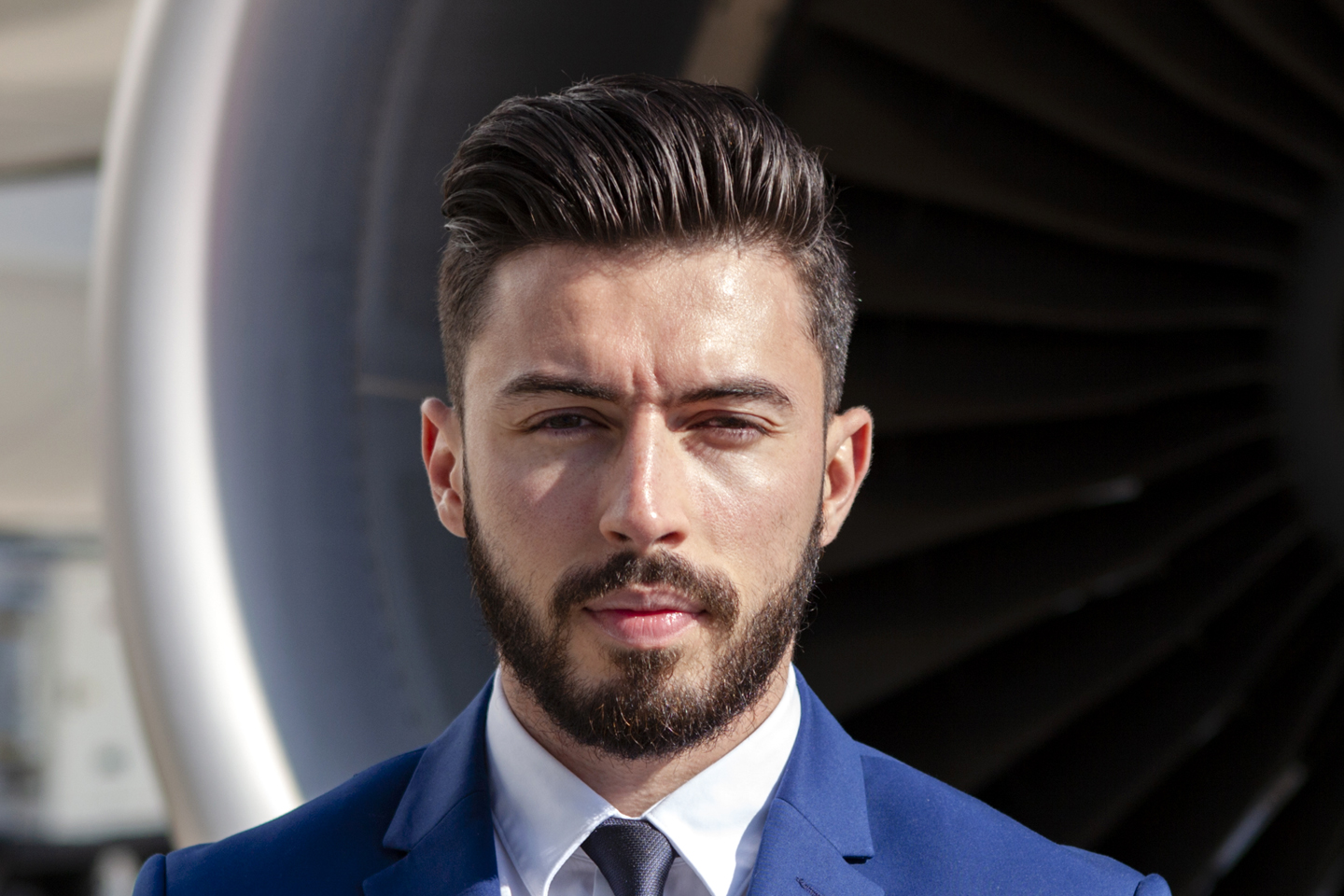 Benjamin recently graduated as a mechanical and structural engineer in aerospace systems from the IPSA school. Since his first flight at the age of 15, Benjamin has been passionate about aeronautics and has invested in expanding and strengthening his knowledge through various internships.
Having completed an exchange semester at the University of Arizona, he learned how to manage communication projects with an international context, proving his attraction for the challenge and open-mindedness that will be useful within Boutsen Aviation international work scope.

Laura has graduated from Skema Business School in Sophia Antipolis with a Master of Science degree in Web-Marketing & International Project Management. With this knowledge, she expanded her experience in dealing with professional marketing. An exchange semester in Oxford, UK as well as a 6-month internship in Montreal, Canada, has enabled her to become familiar with international topics.
Laura joined Boutsen Aviation in 2015 to assist the Sales Team and apply her communications and marketing skills in the field of business aviation. 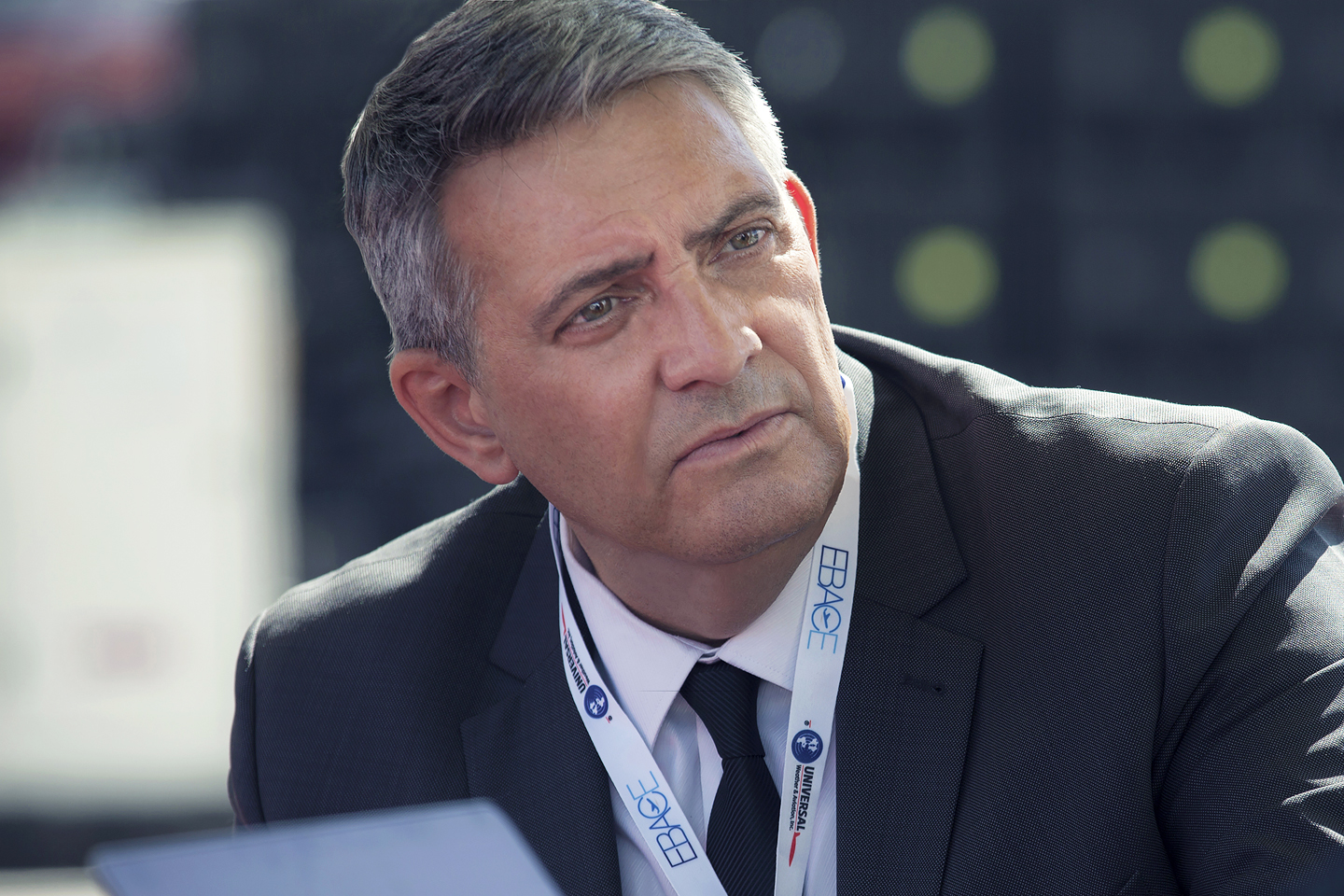 With a Masters in Communication and Graphic Industries, Laurent was one of the first to join the Boutsen Aviation team when the company was founded in 1997. Prior to his appointment, Laurent worked for five years for a leading French Aviation Magazine.
In 2004, Laurent went on to take a short break from aviation to focus on new technologies and work for another French company dealing with the editing of navigational guides. He returned full-time to Boutsen Aviation in 2011, and now is responsible for the web development and the intricate intranet/extranet solutions for both Boutsen Aviation and Boutsen Design. 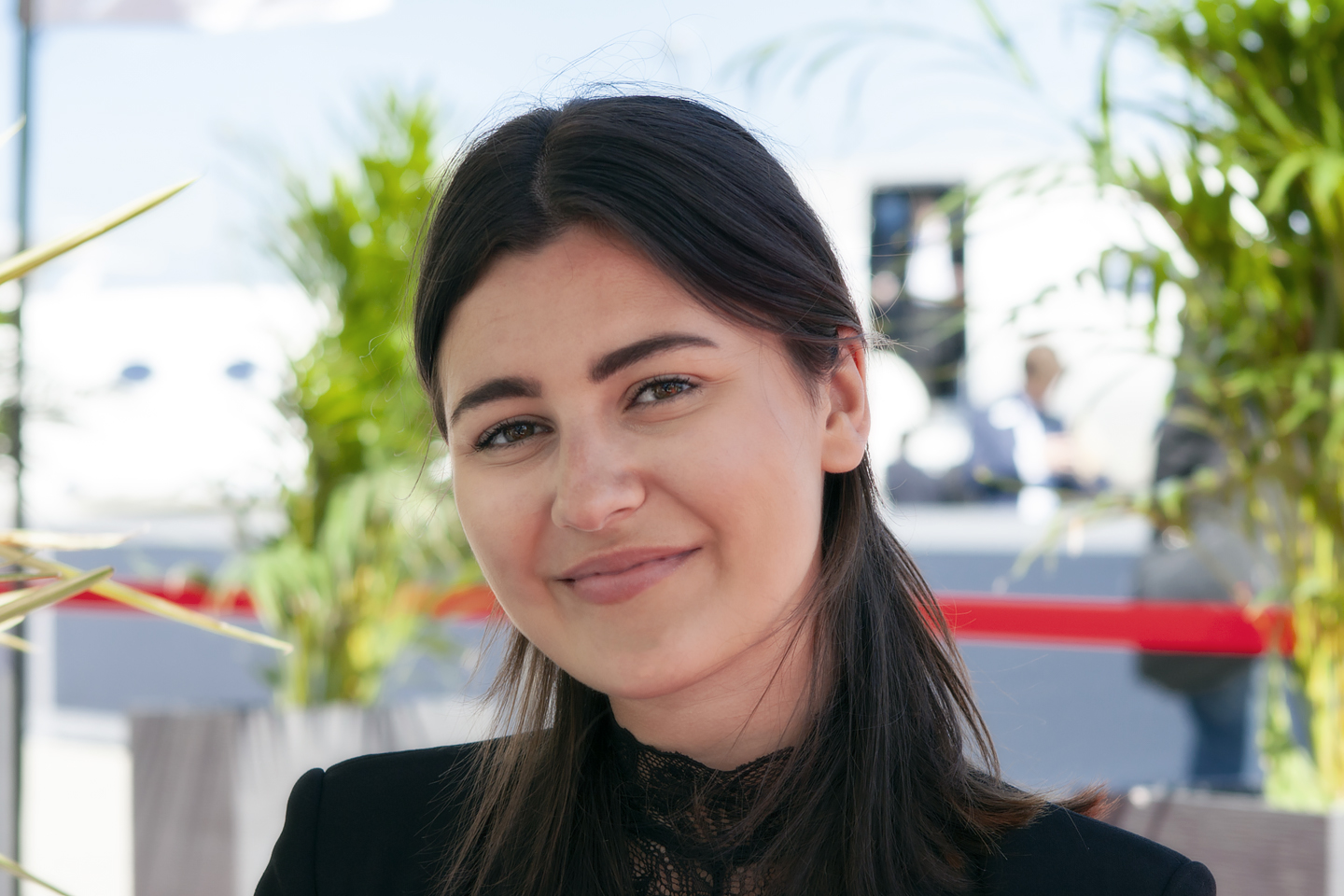 Freshly graduated with a Master’s degree in Human Resources Management, Amandine spent a few months in Singapore. Upon her return to Monaco, she worked for one year as a personal assistant for a local family.
From an early age, Amandine has been interested and involved in human relations, and in 2019 she joined Boutsen Aviation as Team Assistant.